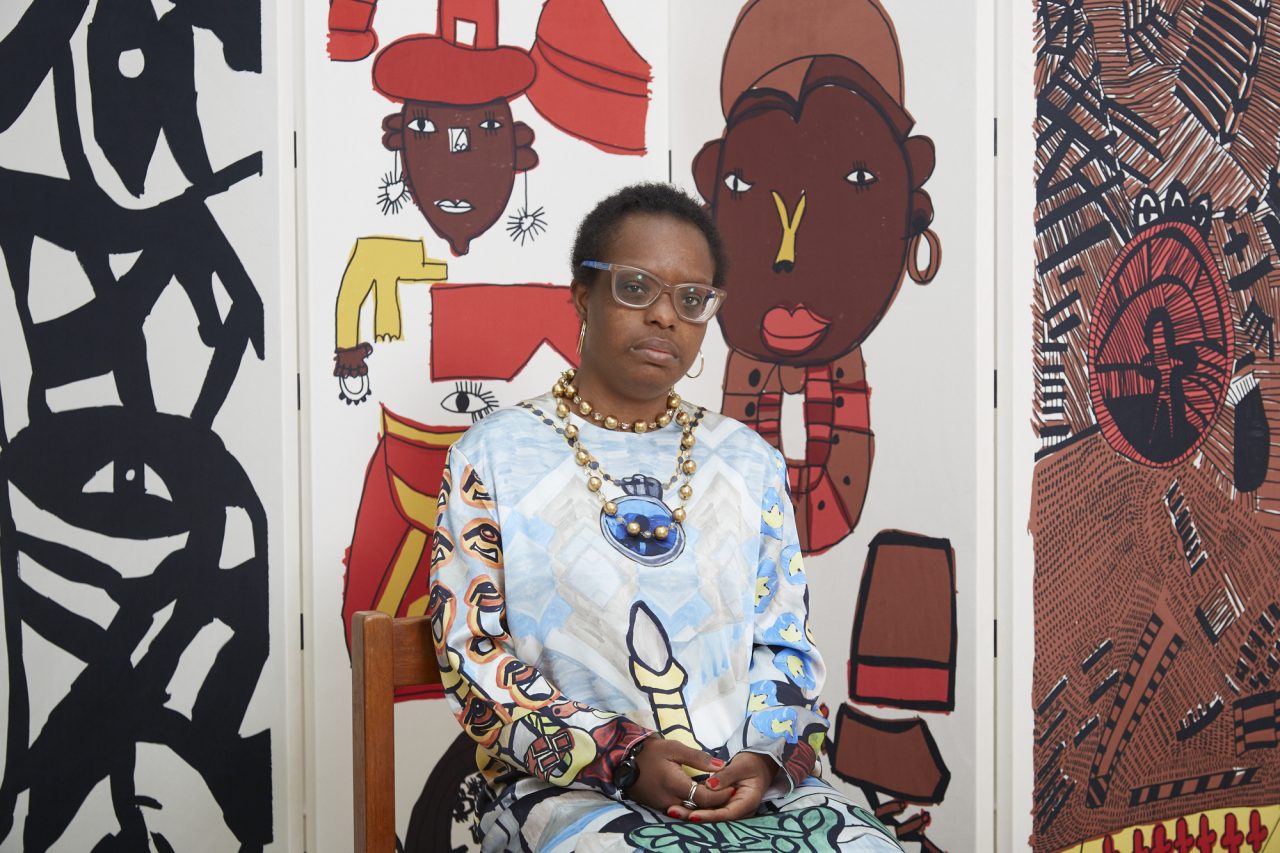 We are thrilled to announce Art Deco Zebra Crossing a performative exhibition by Ntiense Eno-Amooquaye opening this week in Peckham, presented at Flat Time House.

Amooquaye’s practice integrates the visual, written and spoken word through print, text, image and live performance. After two years in discussion with John Latham’s poetry, writing, and the domestic space of FTHo she has brought these elements together for a new performance piece alongside a series of new paintings.

Central to the presentation is a stage set comprised of a velvet dressing screen and silk wall hangings that act as a backdrop for the performance of a poem written and performed by Amooquaye and presented here as a short film.

The works are made with the domestic scale of Flat Time House in mind. To perform the poem, she has designed a bespoke printed silk dress featuring hand drawn motifs that reference recurring themes in the text. Completed in 2021, the performance builds on previous performances ‘The Vocal Project’ at Peer, London (2018), and ‘Dress Poems’ at Museum Texture Kortrijk, Belgium (2017) exploring the intersections of writing, scenography and performance.

Flat Time House (FTHo) was the studio home of John Latham (1921-2006), recognised as one of the most significant and influential British post-war artists. In 2003, Latham declared the house a living sculpture, naming it FTHo after his theory of time, ‘Flat Time’. Until his death, Latham opened his door to anyone interested in thinking about art. It is in this spirit that Flat Time House opened in 2008 as a gallery with a programme of exhibitions and events exploring the artist’s practice, his theoretical ideas and their continued relevance. It also provides a centre for alternative learning, which includes the John Latham archive, and an artist’s residency space.