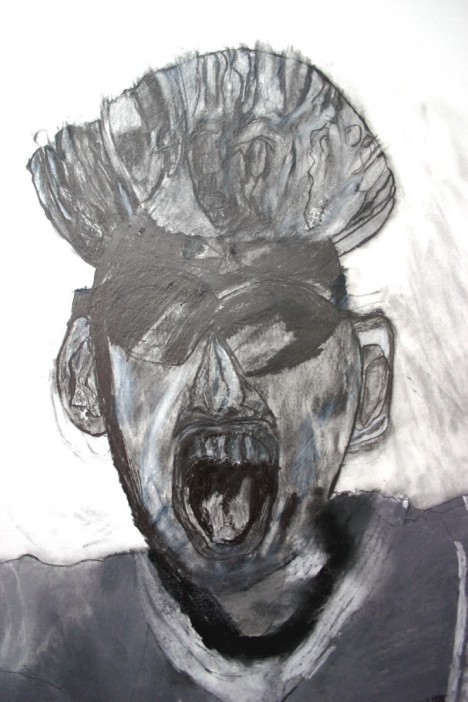 Doreen McPherson has been commissioned by MADmusee (Belgium) for a unique project as part of this year’s Tour De France. The Tour De France Premier Stage leaves Parc d’Avroy in Liege, the site of MADmusee, on 30th June. An exhibition of artworks by a range of international artists will be accompanied by a series of large scale artworks installed along the Tour De France cycle route in the city of Liege. In response to this invitation, Doreen McPherson has produced a new drawing of British cycling star, Mark Cavendish.